We are now on day 14 of #Blogtober21 and my what a couple of weeks its been already. We started off with such vigour and excitement and we still have the excitement, however we are waning on the vigour somewhat, as life gets in the way.

We still have lots to write about, lot’s of scary stories too, but there seems not to be not enough hours in the day. I am currently writing this post as I head up to Scotland for a few days. T is in a show and it’s Press night.

Post 14 is be about a childhood scary story that went around our junior school. We 10 years old and it goes like this;

“Look up there” Michelle said

“What am I looking at?” I replied

I just looked at her, for all I saw was the bell tower and ledge but couldn’t quite work our what else she was pointing at. Michelle was a bit of a rebel and so I wasn’t sure if she was being genuine or just pulling my leg. I wasn’t really popular at school and I didn’t hang around with the bad crowd either, which kind of made you an easy target for pranks. Anyway, she points up and says “See the finger prints on the ledge under other bell? Well, they belong to the post man who got killed up there – there was a fire and the bell fell on ‘im, or somfink, and he got crushed”. I looked up again and saw nothing. No one knows how the post man died up there or indeed what the post man was doing up in the bell tower in the first place.

That was in my first week in a new school and I was spooked about the postman and the bell tower. Every time I looked up, I could never see the finger prints. Were they visible only to a select few? Those who truly believed, perhaps. I spoke to Michelle again and asked her what she actually knew or if she was just having me on. A few minutes later she told me how the finger prints of the dead post man would make themselves visible to me. I had to run around the playground 7 times singing London’s Burning and when I completed the 7th round I was to stand still facing the bell tower and that is when I would see the postmans finger prints.

Half of me though this was ridiculous and the other half of me was so curious. I was teetering on trying out London’s Burning when Michelle then came back at me with another story.

She said, one day she has gotten locked in the girls toilets. That when she’d finished her business, flushed the toilet and tried to open the door – the lock had gotten stuck. No matter what she did, it wouldn’t open. She said she even punched the lock with her bear hands. Michelle was a hard nut, her knuckles were always scathed. One punch from her and you would have ended up in hospital with severe concussion. So I didn’t dare question her. She went on to explain that the only reason she was standing there and able to tell this story was because she sang “London’s Burning” at the door. As she sang the lock opened itself, she said. She was convinced it was the ghost of the postman that had locked her in the toilets and was playing games with her. Stunned, shocked and stoked at the idea of evoking the bell tower ghost, I set to find a time when I could sing “London’s Burning” and witness for myself the presence of the postman.

The following year the school put on a BBQ Ball for parents, family and friends. We were all invited to enjoy a little summer soiree in the playground. This was my chance. Mad with fear and full of excitement I started to walk fast around the playground. The walking turned into a light jog and soon I was running around the playground singing “London’s Burning”. Michelle wasn’t there and thank god, because I think I would have been mortified if she saw me running and it all turned out to be a hoax.

I did one round and looked up at the bell tower. I needed to complete another 6 – I was already knackered but if didn’t finish the task at hand, I would never see the finger prints on the bell tower, I would never know if the ghost of the post man was real or not. Round 5 and I was seriously out of breath. I could hear mum calling me to come and get my burger with extra onions and tomato sauce. As I ran around again, passed her, I said “I’ll be another 5 mins mum”. She looked at me disapprovingly but I was far to close now.

Round 7 complete and I was out of breath singing the last round of London’s Burning. AND as clear as day, I saw with my own eyes the finger prints belonging to the post man. Like he was hanging off the wooden ledge holding on for dear life. I was holding on for dear life as I could not believe what my eyes were witnessing. I could see the flames, I could hear the screams, I could see the post man.

Now, I know what I saw. I also know how over active our imaginations can be at 10 years old. If some keeps telling you that something is true, sooner or later your going to start believing it. Even if there is no proven fact. We believed my dad was a policeman with an Alsatian as his guard dog, for years. He used to work nights as supervisor in a factory!

The Bell Tower no longer exists. The structure of the building was torn down from a beautiful 1800’s Victorian building to a new build with symmetrical sides, clean edges and very minimalistic in appearance in the early 2000’s. I used to pass it most days as dads car was parked on the same street as the school. It’s a shame the legacy of the Bell Tower and the post man no longer exists and I am sad that I can no longer find images of what the old school used to look like.

It’s like a part of my childhood has vanished and it’s history with it.

2 thoughts on “The Bell Tower” 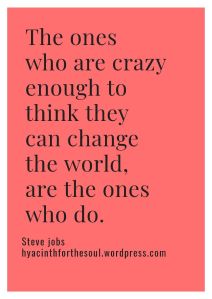